Within the scope of fit-out services the premises were rearranged, plasterboard and glass partitions were constructed, and Armstrong ceiling was installed as well. The walls were levelled and painted, the doors were installed and the kitchen was assembled and installed.

Along with this, our team reconstructed engineering systems, including adaptation of air conditioning, ventilation and fire safety systems to the new layout of the premises. In addition, the water supply and sewage systems were installed; structured cabling system and power supply system were expanded.

Appreciation from the Customer 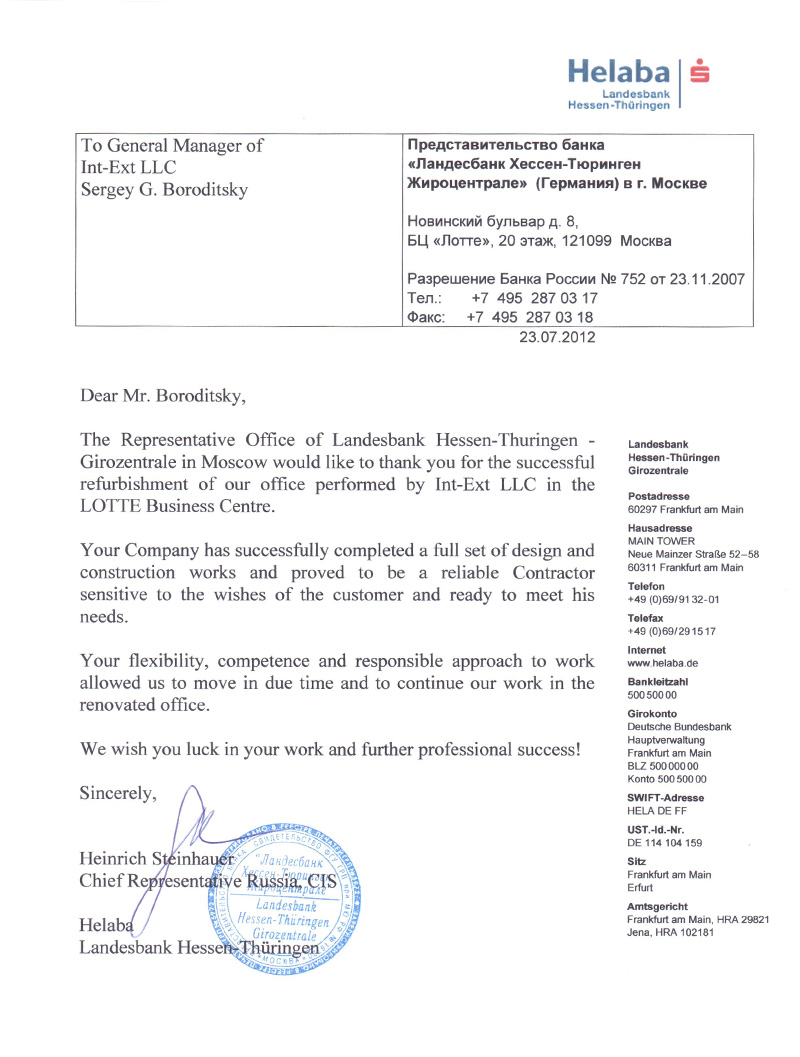 I want a similar fit-out Next site →